Kennedy's is a family-owned, award-winning, full-service garden center serving the South Shore and beyond since 1960. Known for its quality plants and products, Kennedy’s is conveniently located halfway between Boston and Cape Cod in the coastal town of Scituate, MA. 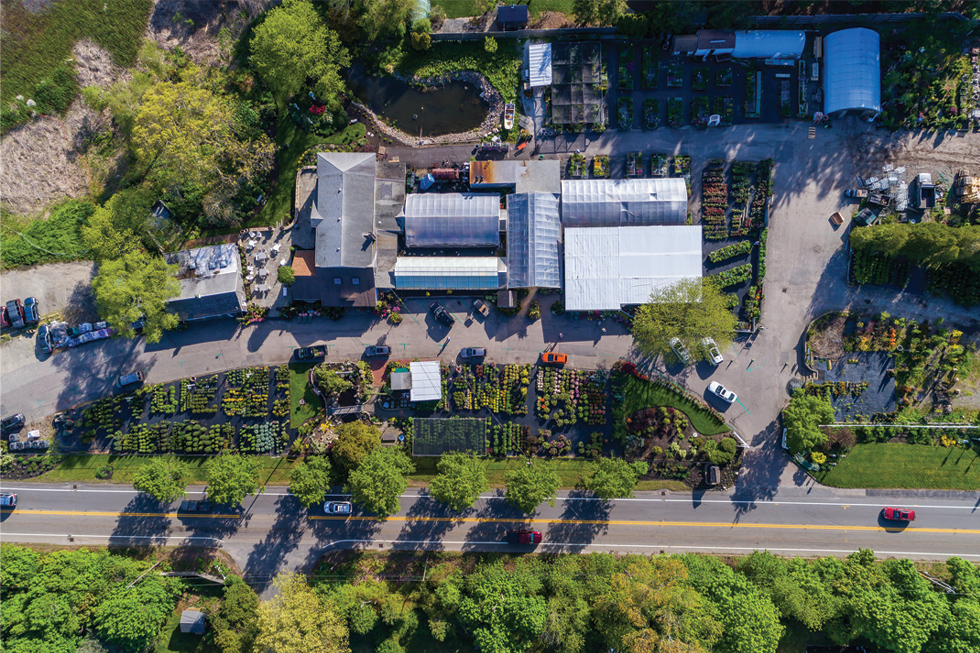 Kennedy’s has inspired successful gardens on the South Shore for more than 60 years.  Gardening is a very popular and challenging but rewarding hobby.  Our goal is for you to be successful in your own yard and garden, whether it is growing a houseplant, your lawn, a flower bed, a vegetable garden, a single specimen tree, or an entire designed landscape, we want you to be able to garden with great results.  When you have great results in your yard you gain confidence and gardening becomes more and more fun.  Gardening takes effort but we want you to see, smell, feel, and taste the fruits of your labor!  It is our hope that family, friends, and neighbors will look at your yard and be inspired to do the same in their yards.  Please join us as we strive to improve our community, one yard at a time. It’s a fact – independent, family run garden centers are the best source for local gardening information.  Kennedy’s has a team of experts on staff at all times to answer your gardening questions.  “The Green Team” at Kennedy’s can help you select the best plants and products for your yard and lifestyle.  It is our mission to give you this information while being stewards of our environment.  Kennedy’s offers a variety of organic and earth friendly alternatives to chemical fertilizers and pesticides.  We have the knowledge to guide you and show you how to incorporate the use of these into your regular gardening practices to maximize your success and minimize any negative impact on our environment.

YOUR SUCCESS IS PRIORITY NUMBER ONE

Customer satisfaction and success is more important to us than short term sales goals.  Kennedy’s encourages our staff to inform customers about plants that are less hardy or more difficult to care for, even at the risk of losing sales.  We want you to be a regular customer and we have a generous rewards program.  We hope that, in return for looking out for your best interests as a gardener and consumer, you will reward us with your repeat business.  Word of mouth is our best advertising.  Thank you for spreading the good word about Kennedy’s to friends and family so that we can grow another 60 years!  Your feedback is appreciated and we want to continually make your experience at Kennedy’s exceptional.

Chris is the 3rd generation owner of Kennedy’s Country Garden.  Chris grew up in Marshfield and lives in Cohasset with his wife Amanda, two kids Brooks & Riley and Mookie the big fluffy golden retriever.  Chris essentially grew up in the family business. He started loading cars and folding cardboard boxes between youth soccer games. Then in summers he became the head weeder and eventually moved his way up to landscape laborer & head foreman.  Upon college graduation he became nursery manager, then store manager, to his current role as President and Landscape Designer.

Chris is a Landscape Contracting Graduate of The Pennsylvania State University.  He is a past President of the Massachusetts Nursery and Landscape Association.  Chris is also a Massachusetts Certified Nurseryman and a member of the Horticultural Club of Boston.  Chris loves to watch, play and coach sports and is a board member for youth basketball In Cohasset.

Susan is in charge of the nursery at Kennedy’s.  She is the buyer for all of our trees, shrubs, roses and ornamental grasses.  Her strength is customer service as she loves to share her wealth of knowledge and experience with our customers.  Susan is also a talented Landscape Designer.  She is part of the Adams family and a long time resident of Scituate.  If you have lived in Scituate you are sure to know Susan or one of her relatives.

In 1960, Alexander Kennedy lived on Cedar Acres Road in Marshfield.  A roadside nursery on Rt. 3A in Scituate came up for sale.  At the same time, Alexander’s grandson, Bob Kennedy, was in his last year of horticultural study at The Stockbridge School of Agriculture at the University of Massachusetts.  Alexander Kennedy saw this as an opportunity with great potential for his grandson, Bob.  And so it began.

At that time, 60 plus years ago, there sat one small building, heated by a pot bellied stove, which is now our gift shop area, and a 20’ x 20’ seasonal garden center.  The former proprietor was a grower of perennials, trees, and shrubs, selling his plants directly from the field.  With youthful enthusiasm and the love of plants and gardening, Bob began expanding the scope of the business and took on lawn maintenance customers to keep the business going during his early years.  Kennedy’s Country Gardens began growing right along with Scituate and the rest of the South Shore.

The addition of the first greenhouse came several years later.  Bob found a wood, metal and glass greenhouse in New Hampshire.  He had it dismantled and shipped to Scituate where it was re-assembled.  It still stands today and we aptly refer to it as “Greenhouse #1.” In the early 70’s, the Kennedy’s landscape design and construction department began operating.  At that time, Bob did all the landscape design and was his own foreman on the installations.  As the area grew, Kennedy’s was growing and beautifying homes and businesses all over the South Shore and Cape Cod.

It was also in the early 70’s that our friend and national garden radio host Paul Parent came to work seasonally at Kennedy’s while he was completing his education at the Stockbridge School.  Upon graduation, Paul came on full time with Bob and grew with Kennedy’s for 18 years.  Paul started his local (now national) garden radio show on Sundays while working at Kennedy’s.  During Paul’s time at Kennedy’s, Matt Sheehan came on board and was on the staff for over 30 years. During the 1970’s and 1980’s Kennedy’s saw further expansion of the garden center and the addition of several more greenhouses. In 1994, the next generation of the Kennedy’s family arrived on the scene.  Christopher Kennedy, Bob’s son, assumed a full-time position after graduating from Penn State University with his degree in Landscape Contracting and Horticulture.  Chris has literally grown up in the business and is now our owner and President.

The result of Bob’s dream along with the contributions from so many amazing staff members who have helped to grow Kennedy’s over the years is what you see today when you visit Kennedy’s Country Gardens. Many thanks to all of our loyal customers for your past and continuing support of our business.  It is the goal of Kennedy’s Country Gardens to remain the finest full-service garden center South of Boston.